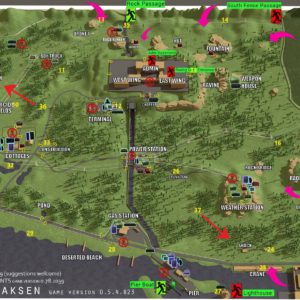 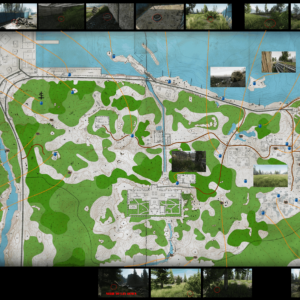 Shoreline is a large area located on the coastal outskirts of Tarkov, next to the city’s port. The area’s geography features tracts of undulating woodland, large open fields, jagged cliffs, a swamp and a long stretch of shoreline. Significant man made points of interest include a partially abandoned village, a modern residential development, a boating facility, a gas station, a weather station, a cellular communications tower and the focal point of the map, the Azure Coast Health Resort. This luxury compound consists of three multi-storey buildings and was once used as temporary accommodation by members of TerraGroup and its associated divisions as they prepared for the evacuation of Tarkov Port. When operational, the resort draws power from a nearby hydroelectric plant.