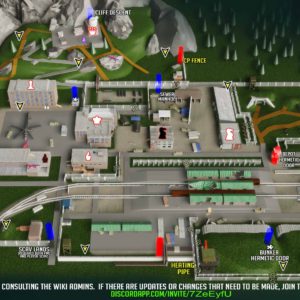 The secret Federal State Reserve Agency base that, according to urban legends, contains enough supplies to last for years: food, medications and other resources, enough to survive an all-out nuclear war.